What do you do when the weather is so miserable?

Get your oven mitts, that´s what!

So far, we have had a pretty wet and cool summer here in the Netherlands. 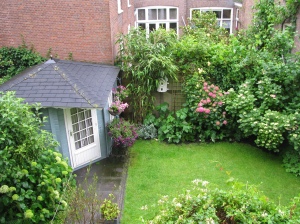 So turning on a hot oven and baking the weekend away seemed like pretty good therapy. That and copious amounts of beer.

Let´s see, what were the fruits of my labour?

First up, I made a triple batch of whole wheat and spelt naan bread. I am trying to move away from store-bought bread for lunches so I am making enough naan to last us the  whole week. These are so delish and were inspired by a recipe created by Terry Hope Romero from her upcoming book, Vegan Eats World. I was super lucky to be one of Terry´s recipe testers! 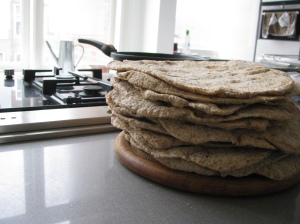 This particular batch made 24 naan. I then bag and freeze them, which is a great way to keep them fresh. 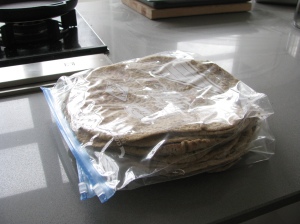 Next up was trying Windy City Vegan´s  Gluten Free Chickpea Cutlets. I did a few modifications to the recipe. I replaced the sesame oil with unsweetened apple sauce. I also toasted and ground 4 T sesame seeds just to add some of the sesame taste that was lost from omitting the oil. I also made mine with the flax slurry. 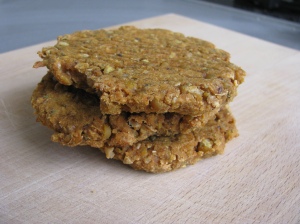 The result was a bit dry (I can see why the original recipe called for 4 T oil). However, I plan to use it in Isa Chandra Moskowitz´s Chickpea Piccata recipe. I adore this recipe (as well as the entire Appetite for Reduction (AfR) cookbook, for that matter) but it always leaves us a bit peckish afterwards. So I thought perhaps a cutlet might satisfy the appetite a bit more rather than a few loose chickpeas. Since the cutlet will be simmered in piccata broth, this might solve the dryness problem. I´ll give you a full report this week.

Next was another recipe from AfR: Black-Eyed Pea & Tempeh beanballs. I was planning to add these to my naan this week…. 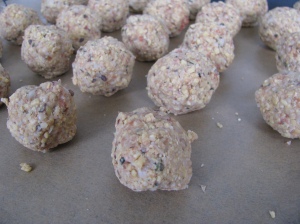 …however, I was a bit disappointed. The flavour really fell flat. I guess they are probably meant to swim in marinara sauce instead of standing on their own. I will have to change my game plan for how best to use these.

Next up was a multi-coloured salad based on quinoa. I just threw it together at the last minute with the bits I had on hand – tomatoes, red peppers, spring onions, black beans and roasted aubergine (with a glaze of balsamic vinegar and soy sauce – MMM!). To top it off, I made the scrumptious Sanctuary Dressing from AfR (seriously, if you don´t own this cookbook, you must get a copy – immediately!). 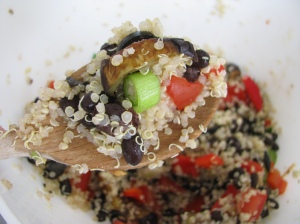 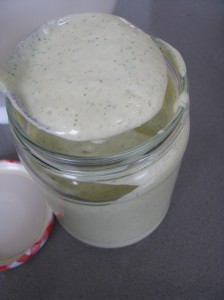 Have a good weekend! I hope it is sunny and warm wherever you are.

One response to “Cooking extravaganza weekend”

Hi and welcome to FOHD! 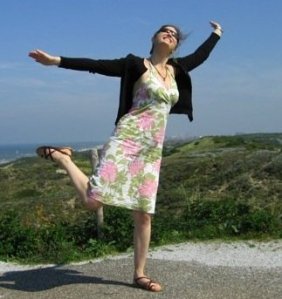 I created FOHD because of my husband's family history of cardivascular disease. Come follow our new adventure into a whole foods, plant-based diet inspired by the excellent documentary Forks Over Knives! For more, click here